Soil forming factors in the BC Southern Interior vary greatly over relatively short distances depending on parent material, slope, aspect and elevation, ranging from Brown Chernozems through to Gray Luvisols as one moves up the mountainside. This same progression of soils occurs over hundreds of kilometres on the Canadian Prairies and has resulted in the various soil zones that determine the characteristics of natural and agricultural ecosystems in Canada’s largest area of agricultural soils. The Lac du Bois transect immediately north of Kamloops offered a unique opportunity to view changes in soils, vegetation and land use in a well studied and documented rangeland through to the forested areas at the highest elevations of the transect. Our return trip to Vancouver included other stops along the route where we explored parent material and landscape effects on soil genesis with a focus on the geomorphology of the Fraser glaciation.

Here are some photos from the Field Trip! 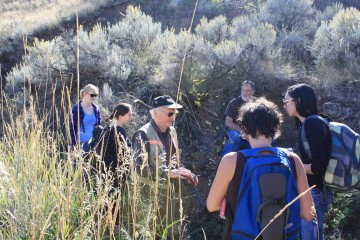 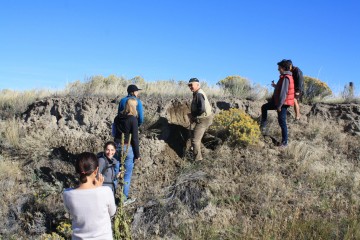 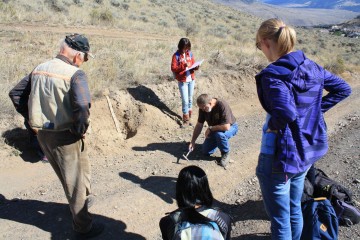